Born into a nomadic Inuvialuit family, Ruben’s early years were spent among themany small camps that were scattered along the coast, where game and trapping was plentiful. These encampments consisted of ten or so families subsisting on hunting for caribou, moose, muskox, game birds and waterfowl.

His fatherWilliamRuben,whose Inuinnaqtun namewas Esoktak,was a great hunter and trapper, able to supplement his family income in order to buy goods at the Paulatuk [formerly Letty Harbour] trading post in the Northwest Territories run by the Roman Catholic Missions in the 1930s. To the east at Cape Parry, another outpost was managed by the Hudson Bay Company.

Ruben’s mother, Bertha Thrasher, gave birth to sixteen children, of which fifteen (nine boys and six girls) survived — a remarkable 94 per cent survival rate for that time in so remote a place. She raised the children in the Christian faith, but also passed on to themInuit beliefs and traditions. Both of Ruben’s parents were instrumental in ensuring these beliefs were integral to their children’s upbringing, for they felt that since Inuit’s beliefs are based on how humans and nature interact with each other in order to survive the nomadic way of life, it was very important to keep them alive and forever present. 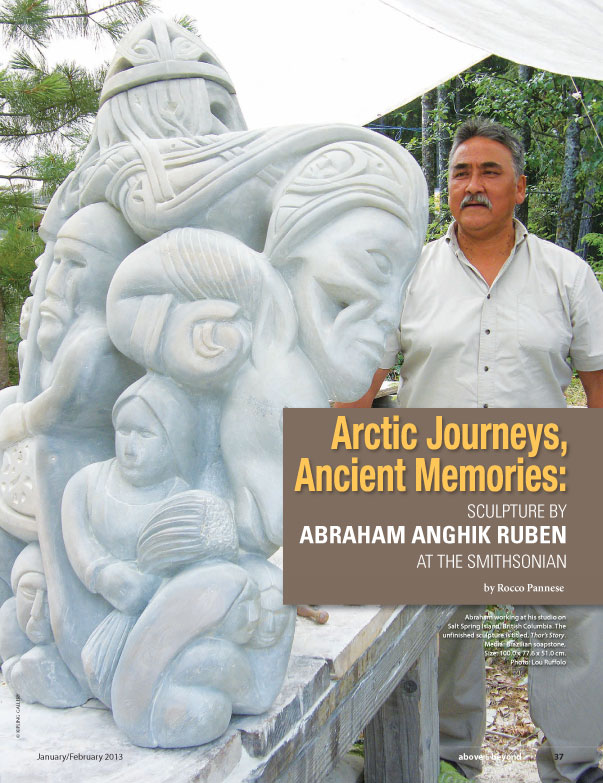 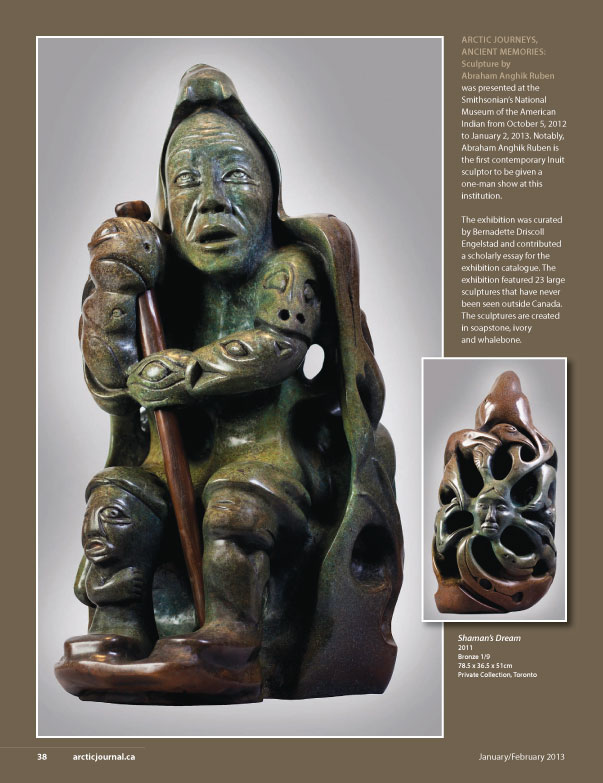 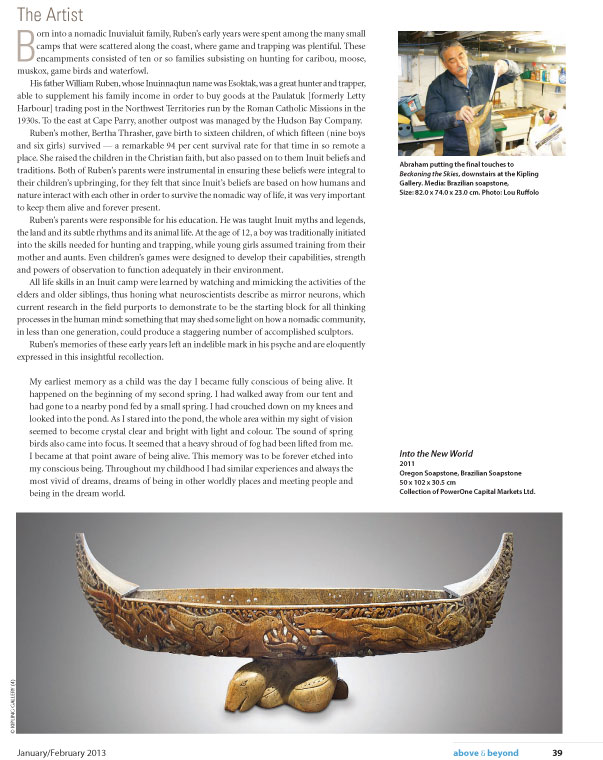 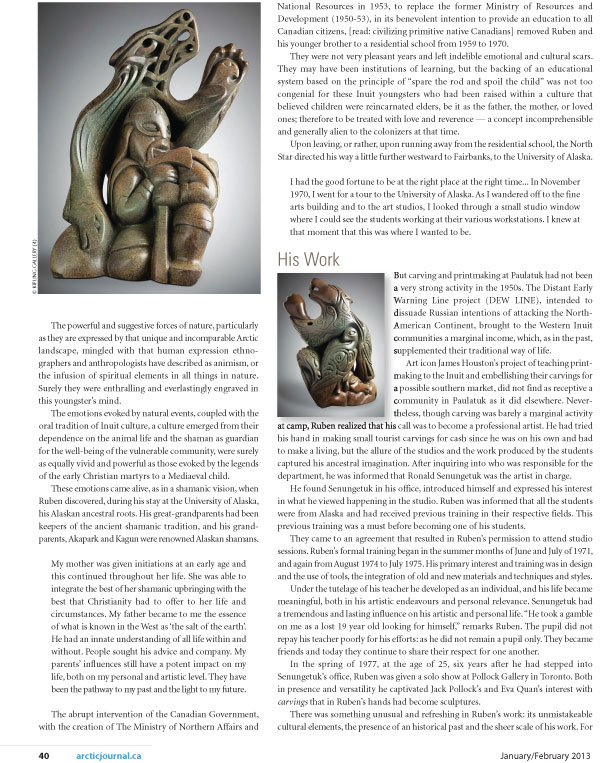 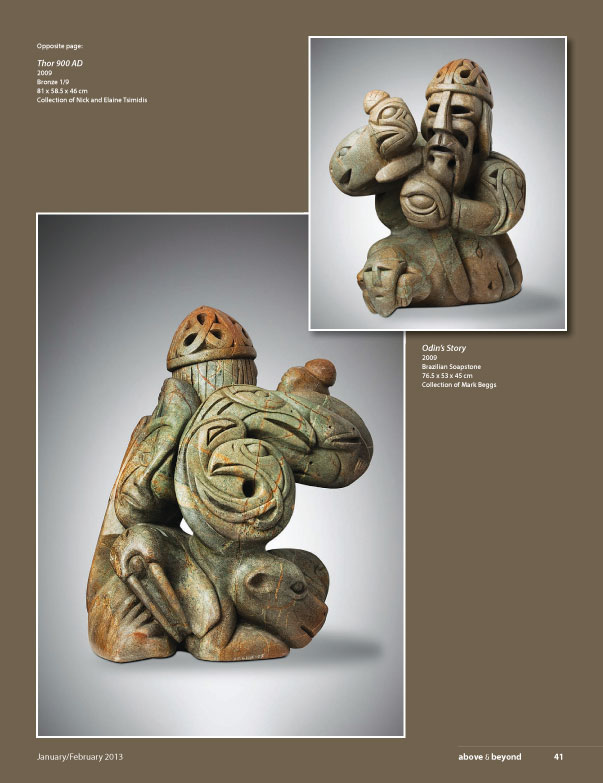 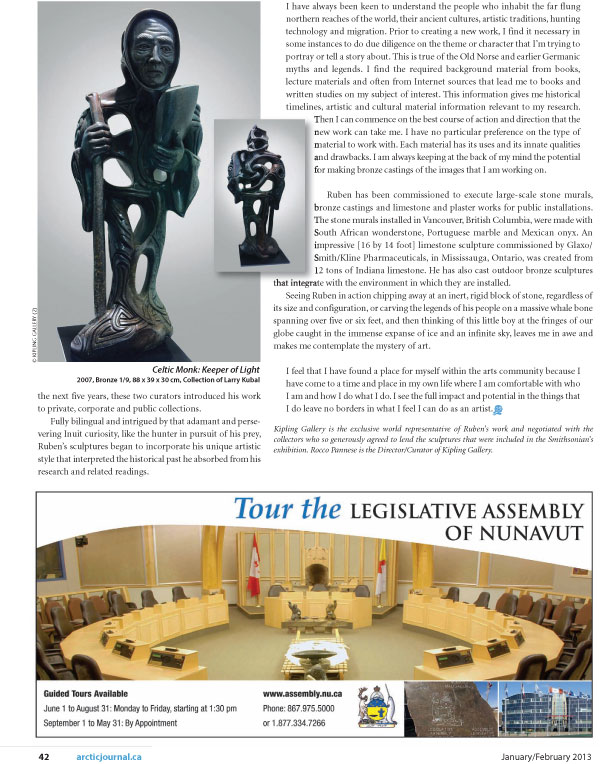